Thursday Bear had to go for a 12 month check up at his eye specialist.  Can't believe its already that long since his first operation.  Anyway as you all know by now I belong to a few photo groups on face book. 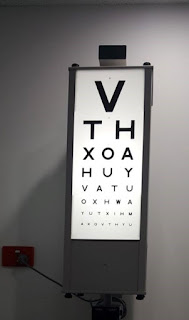 Well a girls got to do what a girls got to do.  When an opportunity arises I snap away no matter where I am.  Bear was not very impressed with me taking photos in and around the doctors surgery.  Then we went to our favourite pub for lunch.  Yes started taking more photos.  Well you never know when a suitable prompt is going to come up for me to use them. 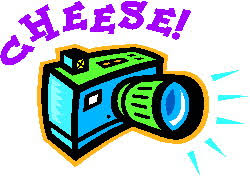 Bear only has two meals a day, so when we are out he has an entrée of soup, before his main.  He dropped a few toast crumbs on the table.  Naughty Lindy forgot her manners and started flicking them off the table.  Oops!  By now Bear was fuming with both all the photos and my behaviour.
He said to me that he was  surprised I didn't take a selfie whilst  doing that.  I cheekily replied I'm surprised you didn't take a photo of me.

I was the designated driver home as Bear had laser surgery, so he didn't say very much.  When we arrived home though, he took me into the bedroom, pulled down my jeans and knickers and polished my halo. 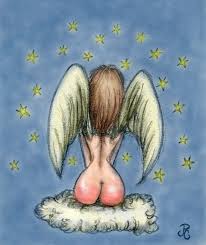 I soon learnt my lesson and was a good little angel again with a lovely red backside, apologising for my antics.  Next time I'll be more careful.

Have a good weekend everyone.  Sure is cold down here now, going to be 12c/53f here tomorrow.  So if you like I can send some your way, if you send some warmer weather please.

Did you know spanking and MFL are way better alternatives to medication when you're suffering from any ailments?  I've had this terrible migraine since the middle of last week.  A friend suggested buying an amber necklace, which I'm very grateful for, thank you.  So I trotted off to a shop in our little city to purchase one and was surprised at how much it helped in reducing the pain.

Still it lingered in the background, not so overpowering though.  Last night Bear decided to try his own method for healing my sore head. 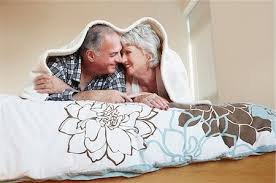 We were snuggled up under the doona, then he rolled me onto my tummy and lit into my backside. Whack whack whackety whack!   until it was as red as that writing.


It felt so good and as usual we both started giggling, which  led to some MFL. 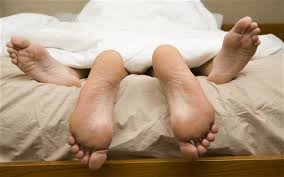 I announced to Bear today that my head feels 100% better, so I need a regular dose of his medication.  Hopefully he will comply.

So take my advice, throw away all your medication and ask your hoh for a yummy spanking pronto!

Hello all my blogland friends.  Feels like ages since I've written a post, yet its just over a month.  Blogland seems to be rather quiet with a few people obviously taking breaks for their own personal reasons.


I had a very interesting conversation with a  girl who I will call Rachel, the other day and spilt the beans about our life style. 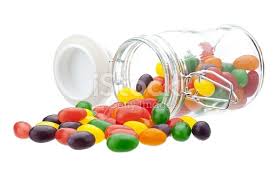 EEEKKK!  Don't know if this is going to come back and bite me on the bum like karma, hope not.

Rachel was telling me about a friend of hers who just lost her father and needs help as she turns to self harm.  Both Rachel and her friend have the same thing in common, their form of self harm is cutting.  I had known that she  did this before which worried me no end, yet never asked what she  achieved out of it.  When she explained about the high she gets, I said that's the endorphins.

Being quite concerned for Rachel's  welfare, I said there are other ways to  feel that  high the endorphins give you.  DING DONG alarm bells went off,  why have you opened you big mouth Lindy, stupid woman!  I knew what the next question was before Rachel verbalised it.

"So what do you do for the endorphin highs?"

Even though she couldn't see me, my face was burning with embarrassment.  I thought do I lie or tell her the truth.  I took the second option telling her the truth about our life style.  We had a long discussion during which  she asked "So like in outlander with the spanking episode?" 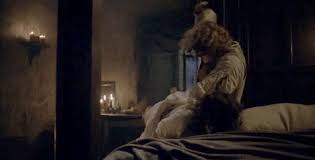 Yep exactly was my reply.  I wish I could have seen Rachel's face to see how she was taking the news.  I wanted to take back my words but it was too late for that, it was all out in the open.  She declared she knew there was something kinky going on in our retirement, just didn't know what.  Oops!  What have I done opening up a can of worms like this. 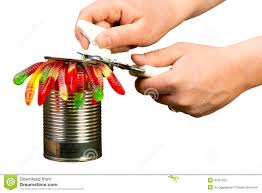 Our conversation went on a bit longer with me explaining things and suggesting she try it for herself, rather than doing something dangerous like cutting.  I think I gave her a bit of 'Food for thought'.  I ended with saying  VANILLA IS SO BORING,  you need some KINK in YOUR life, then left it at that. 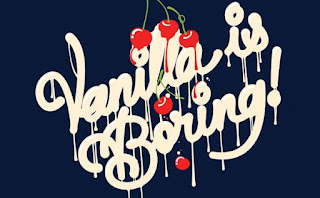 I expected further questions since this but nothing more has come from it.  So I don't know if Rachel is willing to give our life style a go to see if it suits her or she thinks I'm totally nuts.  So do you think I did the right thing in telling her, or should I have lied?

Enjoy your week everyone.