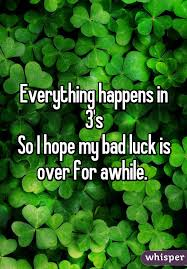 Do any of you say things happen in 3s.  I do and ever single time it gets me in hot water with my Bear.  He says its only because people count them in threes yet there would be more incidents.

So last night whilst tucked up snuggly in bed, it dawned on me that last Monday when I took my big slippery slide something happened in 3s.  As I mentioned previously we stopped half way on the way back from shopping to boil the billy (make a cup of tea).  I had my mishap with my fall, so that is the first incident.  Second Bear couldn't get the stove to stay alight so we never had our cuppa.  Something was wrong with the gas getting through to the jet. Which was annoying as if we hadn't of stopped I wouldn't have slipt down the embankment.  Then we decided to pack up with me sitting on a towel so the car didn't get muddy.  Bear stopped to go to the loo and his wallet fell in the urinal.  EEEWWW! There you have it..... it happens in 3s.  LOL!  I haven't dare mention this to my Bear though.

Its now Friday my back is still sore and swollen.  One good thing I'm receiving a nightly massage as Bear went to the chemist for some liniment and strong pain killers.  Along with this nightly massage is a lecture though which I don't fancy.  I would much prefer if he would spank me then we could move on. I've been put on a short leash whilst out from now on, staying close to Bear at all times. Not wander off by myself to take photos and definitely  not  allowed  near any cliff faces or embankments anymore.  This makes it a bit hard during whale season here as everyone stands on the top of the cliff to take photos. 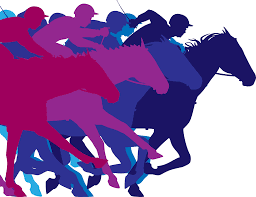 Back to the liniment it is apparently used on horses as well.  So I figured if it works well I might be able to enter as a filly in the Melbourne Cup in November to win the race. Anyone got a carrot for a hungry horse?  Neigh! You got to dream.

Have a good weekend everyone.
Hugs Lindy

I'm currently sitting here on a very sore backside.  Ok, you can stop thinking I've been a very naughty girl and been spanked.  Wish I had as it would feel better than this.

Bear and I went on a very nice shopping trip today.  As its so far from home we decided to stop half way enjoy some  refreshments.  Whilst Bear was boiling the kettle I said I'd go for a wonder to take photos. Huge mistake!

At first the ground was alright, then it got a bit slushy as we've had so much rain lately.  Then I had to take a detour around a rather large puddle but didn't think to turn back.  When taking my photos I am very determined.  I stood on an embankment taking photos of the river, next thing I know I was flat on my back down the bottom.  Lucky for me I stopped in time before going into the river. 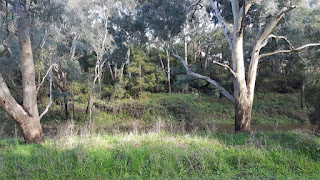 My glasses flew off my head in one direction, my mobile flew in the other direction. I sat there for ages contemplating what to do about my predicament.  Once I found both items, I checked my phone to find there was no reception what so ever, which meant I couldn't call Bear for help.  So I only had one choice to pick myself up, find my way back  in a safer way. It felt like it took forever walking back as my whole spine felt jolted.

On arriving back at the picnic table I turned around showing Bear my back which was totally covered in mud.  I was expecting some sympathy yet all I received was a comment.....

'That'll teach you for playing in mud.'

I explained what happened saying how sore I felt.

To which he replied 'Also  a hurt pride.'

I think by tomorrow I'm going to be black and blue.  Won't be so stupid as to wander off by myself again in that sort of area.  Lesson learnt the hard way!
at July 24, 2017 22 comments: 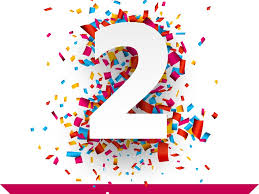 Today the 16th July   Down under Dreaming is 2 years old. Well that time has gone by in a blink of an eye.  Its been wonderful getting to know each and everyone one of you and learning so much from reading all of your posts.  At times I think no one will want to hear about the life of Bear and Lindy.  For some strange reason there is this  pull though to type events when they happen. I raise my glass to you all.  Cheers! 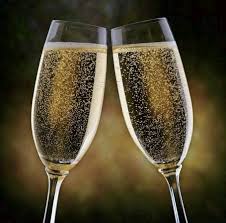 Recently I've been able to face time several  bloggers, so am able to learn a bit more about their lives, which is absolutely fabulous.  I said to one of them it makes me feel like one of the cool group. LOL! 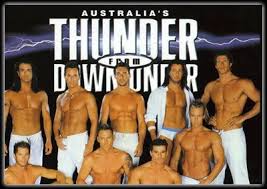 Thank you all for sticking by me over the past 2 years, for all your lovely responses to my posts and advice when I needed it most.  Thank you PK for talking me into blogging, its been a wonderful time. I know  few have come and gone during this period, which is really sad.  Hopefully there are many more years left for Down under Dreaming  and TTWD in the land. 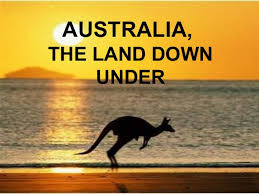 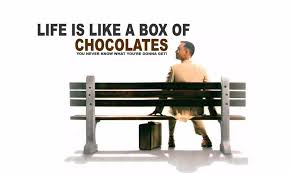 I'm sure everyone knows the famous words of Forrest Gump.

“My mamma  always said life was like a box of chocolates. You never know what you're gonna get.”

Well that about sums up TTWD for me and maybe for a lot of us in the land. I've read quite often that some of our men are not consistent and its been a while since our last spanking.

Will your man talk about TTWD with you? Are you so established in what you do that you don’t need to discuss it any longer? Would you like to talk about it with him? Do you talk face to face or email? If you don’t really talk about it is there anything you would like to tell your guy about TTWD that you think he should understand better.

I must admit the post you wrote PK could be my life.  Bear is such a gentle man he is afraid of hurting me to a certain degree. Although he has also said he is afraid of liking it too much by really spanking hard. He doesn't want to be the 'boss' of me on a full time basis either. Yet I've taken a step back since we moved leaving most of the final decisions to him. Not that we don't discuss purchases at times, just that Bear decides which items we need.

So in answer to your questions

Will your man talk about TTWD with you?

Bear will talk about TTWD a tiny  bit.  He was surprised  when I talked to some friends recently via face time that others DO practice TTWD.  Although we have talked about it previously, he obviously thought it was our little secret. He had heaps of questions for me once I was off the phone.  This also spurred him on for a short time, pity it didn't last.

Are you so established in what you do that you don’t need to discuss it any longer?

We seem to run either HOT or COLD with TTWD.  So no we are not established enough. Some days Bear wears his HOH hat so well I have to watch my Ps and Qs.  On these days every opportunity he gets, he gives me hard swats or a full on spanking.
Other days he isn't interested at all, leaving me feeling confused.  We seem to have set backs when either of us is sick also.  Which makes it hard to get back in the swing of things.

Would you like to talk about it with him?

Definitely if he will sit down for a lengthy discussion. Its hard to pin point a good time.

Do you talk face to face or email? 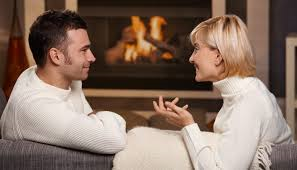 We talk face to face.  When we were first married I used to write him letters. Bear thinks the written word can be taken the wrong way and can hurt more than a proper conversation.  So I try to talk to him.  Some times its successful, other times he seems to change the subject very fast, which is frustrating.

If you don’t really talk about it is there anything you would like to tell your guy about TTWD that you think he should understand better.

I would really love to tell him that consistency would help a great deal.  I need to know where my boundaries are  daily, instead of chopping and changing. Also with regular spankings I seem to have a higher pain threshold, yet with the odd one here and there its too hard to take.  I wimp out. 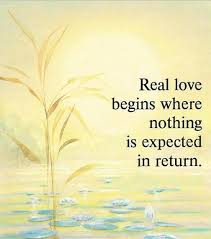 In the end I know Bear loves me with all his heart and would never do anything to upset me.  Yet I still feel like I'm crazy wanting to be spanked, yet I can't change the way I am.  I throw my hands up in the air saying I'll just read more of my 'dirty books' as D1 calls them and leave my fantasies in my head. It seems to nag at me though until I blurt out to Bear spank me. 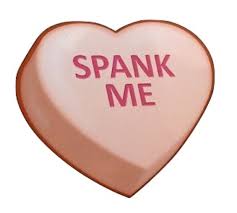 Happy 4th July to all my friends in the USA.  Hope you're all having a wonderful celebration. 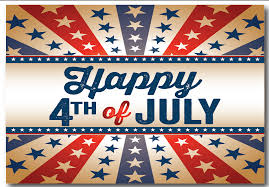