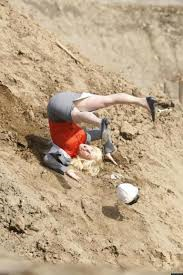 Just an update on my recovery from the BIG slide down the embankment.  Well its already two weeks ago, boy time flies.  Even when I'm sitting here throwing the biggest pity party imaginable.
Last week Bear decided after giving me my nightly massage with horse liniment he'd put his foot down.  Therefore telling me its time to go see the doctor.  I hate going to doctors especially here as they chop and change all the time.  I never seem to find one I feel confident  with. 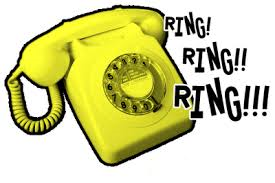 So the next morning Wednesday,  Bear made me ring up, I was surprised I was able to get an appointment that morning.  He came with me either to supervise or chaperone, I don't know.  Maybe to make sure I told the doctor everything. The doctor poked and prodded whilst I ouched a lot.  What a sooky la la I have turned out to be.  He concluded he thought I had cracked ribs, so ordered xrays straight away.  Luckily the hospital is opposite the clinic, so we walked over to see about the xray, to be told we had to come back in the afternoon.  This was alright, we went home for lunch, then returned where the radiologist poked and prodded also.  By the time they finished I was so sore and warn out I just wanted to head home to bed.  I asked when my doctor would have the results and was told Friday.

On Thursday we drove to meet Bears sister and bil for lunch.  On the way I received a phone call from the doctors surgery to tell me they had found something in the xrays, nothing urgent.  The down side of this was the doctor was away until Monday.  So we spent all weekend worrying about what they had found. Went to the doctor first thing this morning to be told no cracked ribs. YAY!  Always knew I was a hard nut to crack!  The xray showed spinal arthritis which I knew about anyway, so no biggy.  Just need plenty of TLC until I recover.

Bear is raring to go with such an itchy hand, I have already been on the receiving end of several hard swats.  Don't think it will be too much longer before this is happening.  MMMM! 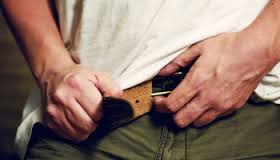 One good thing that has come out of this incident, Bear has given me his good camera.  He told me from now on I have to use the telephoto lens and not walk in dangerous places. So now I'm hoping to take much better photos.