Leaning in and questions.

Funny how one blog can lead into an avalanche with a lot of us blogging similar things. During this week I read three of our friends blogs Ella, Katie and Meredith's about leaning in to our men.

I guess I've been guilty of taking over these past weeks whilst Bear has been sick, especially this last week.  We also had an appointment with our financial advisor as our investment was maturing.  So Bear and I discussed prior to this how we needed to reinvest so much of the money and withdraw a certain amount to live on for the next 12 months.

During the appointment Bear was sort of fumbling, as with being sick he seems to be a bit muddled, forgetting things.  When our financier asked how much we wanted to reinvest, Bear didn't answer so I jumped in and took over.  Oops! Bear gave me a look that told me to watch my step. 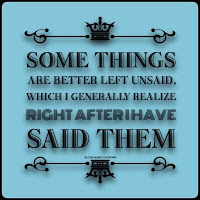 So I soon closed my big mouth again and let him do the rest of the talking, I was only trying to help after all.


On a second occasion when Bear and I attended his doctors appointment, she ordered a variety of tests for Bear.  Then turned to me saying I think you should have the blood tests also.  I agreed but blurted out I'm not having all the other tests though.  The doctor turned to Bear and said you have a cheeky one there.  He just laughed at the time with a strange look on his face.

So besides sorting out our financial business I've also banked a few spankings  these past weeks.  Wonder how much interest I can accumulate on them and when they will mature. 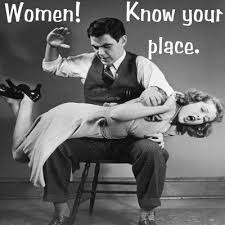 We still have over half the month of March to go, so anymore questions either for me or Bear?  Minelle you said you wanted to ask something, go ahead.  It was fun answering everyone's questions. 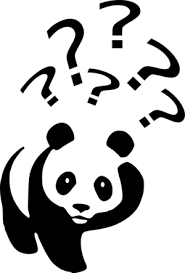 We had a really nice quiet day celebrating our anniversary.  No action happening around here lately but that doesn't matter, it was nice just being in each others company.  I cooked a special meal which brought back memories of when I cooked dinner shortly after we were married.   It was supposed to be dinner by cande light,  Bear switched on the lights saying he couldn't see what he was eating.  The other day I lit the candles, then switched off the lights. We are still in daylight savings here, so doesn't get dark until late, it was hard getting the house as dark as possible.   Bear went around turning the lights back on again.  Talk about deja vu.  In the end we had a lovely romantic dinner by candle light. 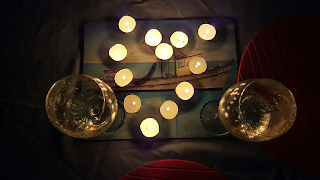